Over the years, ICS has strived to develop a well-rounded team able to deliver quality and efficient service. Members of staff range in experience from banking, corporate, trust and compliance both domestic and international all
within the IFS industry. ICS’s staff along with its management team carries over 80 years of experience in the IFS industry. 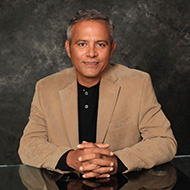 Founded International Corporate Services Limited (ICS) in 1998, and possesses an MBA from Loyola Marymount University in California where he worked for over 10 years in the financial sector.  He was the General
Manager of the Government Development Bank in Belize for four years and also served on the Board of Directors of Atlantic Bank for that period. He has served as the Chairman of the United Democratic Party, the current
ruling political party, for 10 years from 1999 to 2009.

Mr. Singh Served in the National Assembly of Belize as Senator and Leader of Government Business in the Senate from 2008 to early 2012 and as a member of the Prime Minister’s Cabinet from 2010 to early 2012 as the
Minister of Police and Public Safety.  From 2012 to 2014 he served as a Director of the largest Telecommunications Company in Belize. 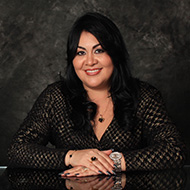 Lizette has been working in the International Financial Services Industry in Belize since 1996, and she received her certificate in Offshore Finance & Administration through Campbell’s College/ICSA in UK in July
2003. For 10 years she was the Administrative Director of Alpha Services Limited, a subsidiary company of Barrow & Williams Law Firm in Belize. She joined Partnership with International Corporate Services Ltd. (ICS)
in Jan. 2005 and is currently one of the Managing Partners. 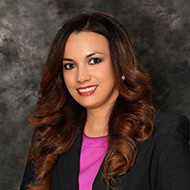 Beatriz joined ICS in December of 2005 and has gained extensive knowledge in the formation and management of International Business Companies, LLCs, Trusts and Foundations in Belize and various other jurisdictions.

Her continuous display of professionalism and dedication to excellence has contributed not only to the growth of ICS, but also to the advancement of the offshore industry in Belize.

As the industry moves to adapt to new regulations and procedures, it is her hope that Belize flourishes and remains a competitive jurisdiction. 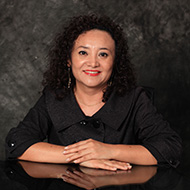 Anel Rodriguez joined International Corporate Services Limited in January 2009. She has a Bachelor’s in Business Administration and previously worked with an Offshore Bank. She specializes in Banking, Foundations, LLC’s,
Trusts, Ship Registration, incorporation and administration of IBC’s in Belize and other jurisdictions.

Anel has passed the International Compliance Association’s examination in Anti Money Laundering Awareness as well as she has received the STEP Foundation Certificate in International Trust Management.

Erlene has joined International Corporate Services Limited as the Accountant since 2006 . She previously worked as an Accountant at Costa Maya resort where she had the chance to concentrate and gain confidence in
accounting. Prior to that, she was the Trademark Administrator at W.H. Courtenay & Co. 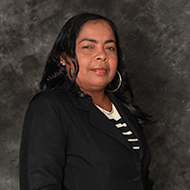 Beatrice has been working in the accounting department as Assistant Accountant at International Corporate Services Limited since June 2010. She previously worked as an Assistant Accountant with the Belize Chamber of
Commerce and Industry for 12 years and has gained knowledge and experience in many areas of accounting and compliance. 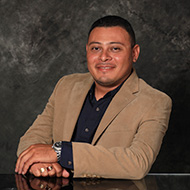