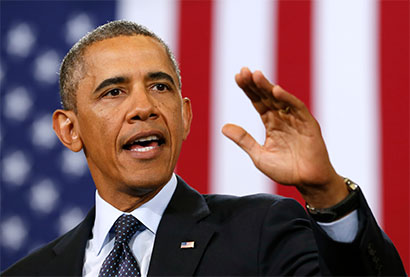 The rule originated at the US Department of Labour (DoL), which states that some advisors habitually promote particular investment products to retirees in return for a commission from the supplier. A report from the White House’s Council of Economic Advisers suggests that such conflicts of interest – which include not just cash incentives but also free holidays and prestige cars – cost clients USD17 billion a year in detrimental investment advice.

Financial advisors currently do not have a legal duty to act as fiduciaries on their clients’ behalf. Placing them under a duty to put their clients’ interests before anyone else’s would, the DoL believes, counter these damaging practices.

The DoL first proposed the rule in 2010 in relation to financial accounts covered by the Employee Retirement Income Security Act. Introduction of the rule has been opposed at every step by the financial services industry, which claims it would remove incentives for financial advisors to take on less profitable supplier accounts and thus raise the cost of public access to investment advice. The industry has recruited members of Congress, including Republican representative Ann Wagner, to oppose the plan.

Democrat politicians, including Elizabeth Warren, Cory Booker and Nancy Pelosi, support the rule, as do several industry bodies. ‘By accepting backdoor payments from Wall Street firms and imposing hidden fees, these advisers offer bad counsel that can result in retirees losing more than a quarter of their retirement savings’, said Pelosi.

Obama dismisses the lobbying as the activities of groups with vested interests, and points out that other countries that have implemented similar rules have not seen sharp rises in the cost of financial advice.

However, the rule has also been criticised by the Securities Exchange Commission, which along with the Financial Industry Regulatory Authority (FINRA) already regulates the industry.

Obama has asked the DoL to revise the proposal for re-submission to the White House’s Office of Management and Budget (OMB) in the hope that this will placate the industry’s desire to see the scope of the fiduciary rule narrowed down as much as possible.
The OMB’s review process can take months, however, and would in any case have to be followed by a public consultation. It is uncertain that the proposed rule will ever reach the statute book.