The New Money-Laundering Sting: Come to the U.S., Get Arrested 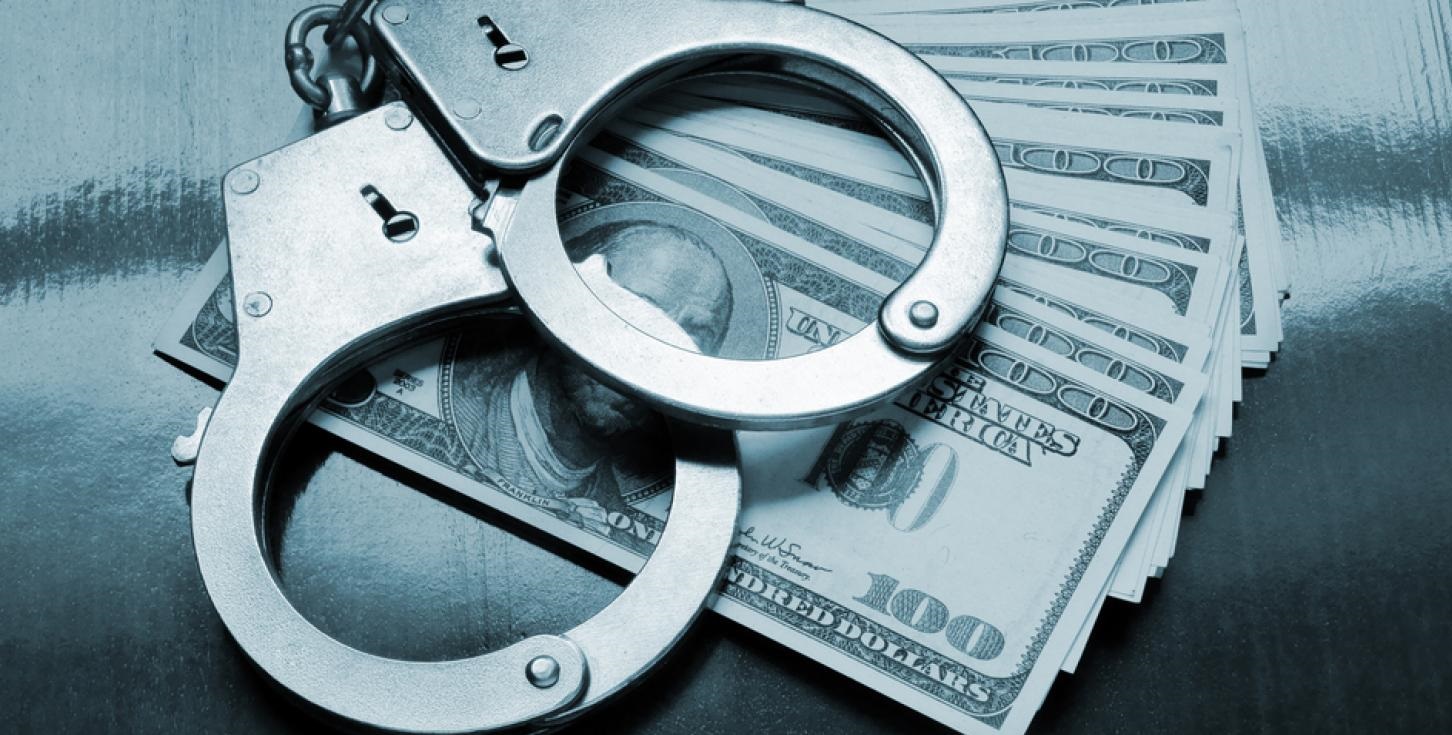 Lawyer Patrick Poulin says he helped clients set up offshore corporations in the Caribbean. And that’s what he was working on when he flew to Miami from the Turks and Caicos last year to meet with two Americans who wanted him to invest $2 million from a real estate deal.

Instead, they arrested him at the airport.

The clients, who went by the names of “Bob” and “Abraham,” according to Poulin, were really federal agents who were targeting him as part of a money laundering sting. Poulin eventually pleaded guilty to conspiracy and spent a year in prison.

“My lawyer told me I should have known,” Poulin, 42, said in a telephone interview from his home in Quebec.

The U.S. has since brought charges against at least four other businessmen working as “incorporators” — people who help clients establish offshore shell companies for tax planning or other reasons. The cases come amid a campaign by U.S. prosecutors to pursue suspect foreign incorporators in countries where corporate secrecy laws and the demands of extradition have stifled investigative efforts. The strategy: Lure the service providers out of their overseas havens to the U.S. with aggressive techniques such as undercover operations, wiretaps and stings, case filings show.

This new front in the long-running battle against money-laundering is opening as part of a broader U.S. crackdown on tax evasion. Taxpayers who seek amnesty under Internal Revenue Service disclosure programs are snitching on the incorporators, as well as naming Swiss banks and the bankers who aided them.

More than 50,000 U.S. taxpayers have avoided charges since 2009 in the offshore tax evasion crackdown; the program required them to disclose which banks and advisers helped them hide assets, according to the U.S. Internal Revenue Service.

“Leads have been pouring into the government with respect to offshore constructs that are available to help people do money laundering, and securities fraud and tax evasion, and all kinds of misdeeds,” said Miriam Fisher, global chair of Latham & Watkins LLP’s tax controversy practice and a former adviser to the assistant attorney general for the Justice Department’s tax division.

U.S. prosecutors and the FBI declined to comment on active cases and investigations.

The aggressive strategies are likely meant to send a message to incorporators that they’re being watched, said Jeffrey Neiman, a former federal prosecutor who worked on the groundbreaking 2009 tax evasion case against UBS Group AG and whose law firm represented an associate of Poulin.

“It plants the seed around the world that just maybe the government is listening to this conversation,” he said.

By luring incorporators to the U.S. to make an arrest, authorities also avoid often-complicated and lengthy extradition battles, and it’s easier to resolve a case, Neiman said.

About 30 Swiss advisers, for example, have been indicted in the U.S. since 2008, part of a broad probe of tax evasion and undeclared offshore accounts. At least 21 are still at large, among them, Josef Beck. The financial adviser was indicted in 2012 for allegedly conspiring with UBS to help Americans evade taxes. Yet he has never come to the U.S. to face the charges.

In July, authorities lured Michael Dodd, a manager for Panamanian corporate services provider High Secured, along with two associates to New York from overseas. They were arrested and accused of agreeing to launder about $2 million in stock fraud proceeds for an undercover investigator posing as a client.

Dodd was taken into custody at Manhattan’s Gramercy Tavern, according to the government, while Kenneth Landgaard, the provider of a private jet equipped with a safe, and James Robert Shipman Jr., an offshore incorporation specialist, were arrested after landing at a Long Island airport.

The men insisted the cash be packed into a Louis Vuitton bag because they thought real cops could never afford such an expensive item, and asked that conversations take place over encrypted software “so that the NSA can’t listen,” the government alleged in papers filed in Brooklyn federal court. A lawyer for Landgaard declined to comment. Lawyers for the other two men didn’t respond to requests for comment, and their clients haven’t yet entered a plea. All three were denied bail. The case is pending.

High Secured says on its website it provides offshore web-hosting and assists in “setting up complete corporate structures and merchant accounts to individuals and businesses to conduct their financial affairs in a private, secure, reliable, and tax-free environment.”

It was not named as a defendant in the criminal case. Representatives did not immediately respond to two calls placed to the company’s Panama City offices or e-mails seeking comment.

Prosecutors are moving up the chain and targeting even bigger operations. U.S. officials last year brought charges against Belize-based IPC Corporate Services founder Robert Bandfield, his employee Andrew Godfrey and several associates at brokerages and other firms. Prosecutors accused them of helping clients, including as many as 100 Americans, profit off of illegal stock trades and launder about $500 million.

An undercover investigator, posing as a corrupt stock promoter, paid the incorporator and his associates $9,600 for help setting up a corporate structure designed for illegal trading and money laundering, prosecutors said in court papers in Brooklyn. Bandfield and Godfrey told the investigator they might be able to return laundered funds on prepaid debit cards in $50,000 installments, the government alleged.

“We can make it so it’s not attached to you,” both men told the investigator during a 2013 meeting in Belize, according to prosecutors. Bandfield, 71, was arrested in September 2014 at the Miami airport on his way back to Belize. His lawyer declined to comment on the case. Bandfield has pleaded not guilty to federal charges. His case is pending. Godfrey, IPC and all but two of the associates haven’t appeared in the case and couldn’t be located for comment. One of the associates who answered the charges has denied wrongdoing; the other’s lawyer declined to comment on the charges.

The government’s crackdown comes as offshore tax shells proliferate. President Barack Obama said in a 2009 speech that one Cayman Islands address had as many as 12,000 corporations registered to it. Bloomberg News found the number was closer to 19,000.

Not all offshore incorporation is a smokescreen for illegal activity, of course. Some account holders are wealthy people who seek confidentiality because they could be targets of extortion, Fisher said.

Poulin, who is working on a book about his experiences, said he believed he was providing legitimate services offering clients privacy and help with minimizing taxes. He started out in incorporation work by handling real estate deals for “people coming down on vacation, people wanting to buy a condo,” he said. The discussions became, “let’s do some tax planning while we’re at it,” he said.

For the agents posing as clients, he set up an entity called, “Zero Exposure Inc.,” according to court documents. Following his arrest, Poulin said he was told he faced the possibility of 10 years in prison if convicted at trial for money laundering. With defense fees approaching $100,000, he decided to plead guilty to a lesser charge, he said.

He said he turned away people who were obviously criminals seeking help with funds associated with prostitution, drugs or terrorism.

“The line between unhappy creditor and fraud, it’s not super easy to define,” he said.